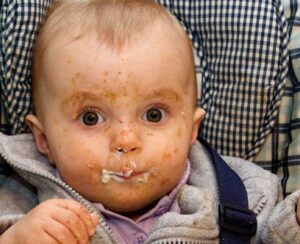 The EU’s Article 29 Working Party criticized Google yesterday for telling publishers about removed right to be forgotten links, wants links world-wide removed, said there is no such thing as censorship and it was all Google’s fault to begin with.

Representatives of Google, Yahoo and Bing were called back to address issues about the way that Google was handling right to be forgotten requests.

We thought it was going to be an informal ‘so, how’s it going?’ type of information gathering get-together. Instead it turned into a sort of public dressing down of Google for not expunging links properly.

Google was criticized for the fact that they were only removing links from the EU sites but that links could still be found on the U.S. and other Google search pages. The EU feels that any EU citizen who doesn’t like a particular post has the right to have all links to that story remove world-wide.

I assume that when other governments get wind of that little universal caveat, North Korea will suddenly vanish off all maps, that little misunderstanding in Tienemen square will never have happened and Hitler will once again become just another art student who once lived in Germany.

Google was also called out because they were informing the sources of the stories that they were pulling the links (causing websites to republish new articles, which added more new links, and so on). Apparently the Article 29 Working Party didn’t like that either.

“The more they do so, it means the media organization republishes the information and so much for the right to be forgotten,” Mr Hawkes said. “There is an issue there.”

Yes there is an issue there. The EU doesn’t want Google to tell the publishers that links to their stories are being removed because the EU doesn’t want the publishers to know that they are being censored. And the EU certainly doesn’t want to fight with the original publishers to try and get them to remove the offending stories. They know that it would be a nightmare trying to censor news published by major publishers because many of them have teams of lawyers who are ready to pounce on anything even remotely smelling of censorship. The EU would rather have Google do their dirty work for them, they just don’t want Google letting anyone know about it.

So here’s a question. If removing links to a story is perfectly okay then why doesn’t the EU want Google to let publishers know about it when it happens? Because they are afraid of what the publishers would do when the found out they were being censored?

UK information commissioner Christopher Graham said that some of the concerns expressed by newspapers and broadcasters were overblown – and that there may have been some media manipulation on Google’s part.

“Google is a massive commercial organization making millions and millions out of processing people’s personal information. They’re going to have to do some tidying up,” he said on a Radio 5 broadcast.

Um…no. This is not about Google processing people’s personal information. In this particular case they are processing information that other people have created that happens to contain people’s names. This is not Google’s mess. They didn’t write the articles. They just tell people where the gems (and the trash) are located. The EU apparently feels that if you don’t tell people where the litter is then it isn’t really there anymore. Google is not the Internet’s janitor.

Graham added that the censorship debate should not hide the fact that people should be allowed to move on from some incidents in their past.

“All this talk about rewriting history and airbrushing embarrassing bits from your past – this is nonsense, that’s not going to happen,” he said.

And yet, that is exactly what is happening.

“There will certainly be occasions when there ought to be less prominence given to things that are done and dusted, over and done with,” Graham said. “The law would regard that as a spent conviction, but so far as Google is concerned there’s no such thing as a spent conviction.”

Again, Google did not write these articles. Google doesn’t even have human beings searching out bits of inflammatory content from year’s past. Google’s robots don’t really care who the story was about or what the allegation was or how timely the information is. They just look for keywords, log them into a massive database along with the URL and then go on to the next site. There is no ‘concern’ here.

I believe the EU really screwed up on this one and now they are trying to make Google look like the bad guy.