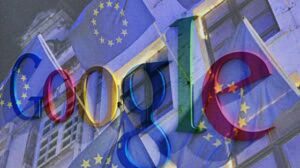 As we said previously:

Last May the European Court of Justice ruled that Google must remove links to stories that include the names of people if the stories are “inadequate, irrelevant or no longer relevant, or excessive.” There has been quite a bit of furor about the ruling with many people believing this is just the first step toward rampant censorship. Others have criticized the ruling based on the fact that the courts have put Google in charge of determining which requests for removal are valid, which requests are efforts to cover up potentially damning information and which requests should be ignored because they are not in the best interests of the public.

This week, the European authorities responsible for policing data protection laws met with executives from Microsoft, Yahoo, and Google to go over the ins and outs of implementing the court’s ruling.

However, it seems, that Google was only removing links, when requested, on its European search domains, eg, google.co.uk, google.de and so forth. Of course, if someone wants to get a hold of that information in Europe they only have to switch to Google.com to find the offending links still up and accessible. Although, for all intents and purposes, the information that a user may want removed is not actually being removed at source, just in search results.

Obviously, the European regulators are not wild about Google only eliminating links on European search sites that it owns because, they are trying to get out a set of guidelines by mid-September, at least a preliminary draft.

But, while the regulators may not be happy about their jobs, Google is not happy because it has received more than 90,000 request for information removal so far.

Now, it seems that the various European countries are beginning to the see the first trickle of complaints from users who are miffed that getting removed from Google’s listings is kind of a moot point when the information that they don’t want anyone to see is readily viewable on Google.com.

It doesn’t look like this matter is going away anytime soon.

Another issue raised by the EU watchdogs was Google’s decision to notify the owners of the websites that have been removed from search results.

This sparked controversy three weeks ago when Europe’s most popular search engine removed links to an article by a well-known BBC journalist about an ex-Wall Street banker and several links to stories in Britain’s Guardian newspaper.

The authors of the stories promptly wrote about the removal, thereby drawing attention to the issue and feeding speculation about who requested the removal. Google eventually reinstated a few links to the Guardian articles.

EU privacy watchdogs are concerned about the effect the notification process could have on people making the requests. Google says it is necessary to ensure transparency and already notifies the owners of websites that are removed from search results due to copyright infringements.

All in all, the whole process of being removed from Google’s results is going to be a pain for consumers, for Google, for the authorities and the for the original sources of the outdated information that Google was discovering.

Google is unlikely to get away with claiming that the European courts’ rulings only apply to its European domains but, in the process, the company is making sure that it is highlighting how difficult it may be to implement the law in this case.

Not managing your endpoints? Then you don’t have an IT service desk

EU says right to be forgotten is Google’s mess