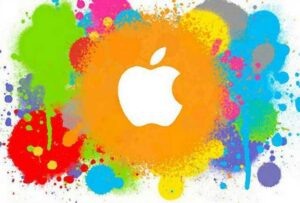 Apple iPhone 6’s September unveiling has been all but confirmed by sources close to the company with the biggest indication yet that the new smartphone is well on the way to stores.

Sources briefed on the plans quoted by 9to5Mac stated that it is “tentatively” planning a keynote address in the second or third week of September that will announce the iPhone 6 as well as the final details on iOS 8.

The event will showcase the new 4.7in iPhone 6 that is far along in development with internal testing and manufacturing preparation reportedly already carried out. Apple hasn’t, however, made a final decision on whether it will release a larger 5.5in screened phablet iPhone at the same event.

9to5Mac’s sources added that plans for the event are “in flux” and that manufacturing uncertainties could mean that the timeframe is altered at any moment.

Alongside the iPhone 6 launch will be a golden master version of iOS 8 that is due for completion at the end of August or early September in time for it to be debuted on the iPhone 6 models in production. Preceding this, a fifth and final beta version of iOS 8 should be released to developers on 4 August, according to sources, after work on it has been completed next week.

Apple’s September event will be followed shortly after by a gathering in October that includes its long-awaited entry into the wearables market, the launch of OS X Yosemite, and maybe even a new version of the iPad.

iPad fans are likely to see only small improvements to the slate with a number of internal device improvements and a Touch ID fingerprint scanner that brings it closer to parity with the iPhone.

A launch event in September fits in with Apple’s usual timeline and it should send out some kind of invitations to the soiree early in the same month and shortly after we will know if it’s one or two new Apple’s falling from the tree.

EU says right to be forgotten is Google’s mess