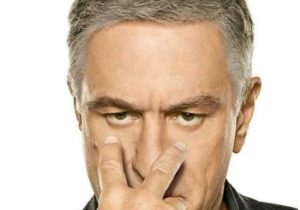 The FCC has issued a new advisory reminding ISPs that they must disclose accurate information about connectivity speeds and services for home and mobile broadband.

Back in 2011 the FCC adopted the Open Internet Transparency Rule as part of their Open Internet initiative and even though that is going through some reworking at the moment the FCC wants to remind ISPs that the transparency parts are still applicable.

The transparency rule requires that ISPs make available information about expected and actual broadband speeds, pricing and fees, as well as network management practices, “such as congestion management practices and the types of traffic subject to those practices,” the advisory reads.

FCC chairman Tom Wheeler said in a statement, “Consumers deserve to get the broadband service they pay for. After today, no broadband provider can claim they didn’t know we were watching to see that they disclose accurate information about the services they provide. The FCC’s transparency rule requires that consumers get the information they need to make informed choices about the broadband services they purchase. We expect providers to be fully transparent about the details of their services, and we will hold them accountable if they fall down on this obligation to consumers.”

The FCC did not say whether or not they are currently investigating any ISP but the advisory shows that perhaps the FCC is finally paying attention to the hundreds of complains it has received from citizens.

Then again, this could just be a bone thrown to the masses who have nearly drowned the FCC with comments and criticism about their proposed Open Internet policies – policies that could include allowing ISPs to charge content providers special fees to insure higher connection speeds (or purposely throttle back speeds for some providers).

Wheeler has said on numerous occasions that even though there may be a loophole in their proposed new rules, the FCC would investigate any ISP hanky-panky and issue fines to anyone they find may have intentionally tampered with broadband speeds.

Of course, proving that an ISP isn’t providing what they claim to be providing could be problematic. As we have seen in recent months when companies like Netfilx accuse ISPs of purposely slowing down their content, the ISPs have fired back, claiming Netflix is using cheap connections and it isn’t their problem. However, in the next breath the ISPs will say that if Netflix is willing to pay extra then somehow the ISP will magically fix the problem…even if it isn’t their problem. And there is the good old ‘high traffic congestion’ (get out of jail free) card that ISPs are so fond of playing. ‘I know we charge you for this speed and you’re only getting a 10th of that but it’s all due to ‘high traffic congestion’ during certain hours.’ And those ‘certain hours’ can pop up just about any time of the day or night…particularly when you run an online speed test.

So, just for giggles you can test your home broadband speeds using any one of a dozen online tests and try notifying the FCC if your Net service doesn’t meet its advertised speed. And to test your mobile broadband speeds, the FCC has a Mobile Broadband Speed Test App for Android and iOS devices.

Complaints can be filed on the FCC’s site.

Twitter just as white and male as the rest