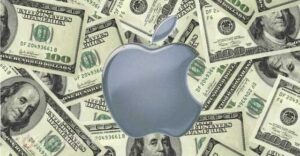 The three-month period ending June 28 was Apple’s best ever fiscal third quarter on record. Its $37.4 billion revenues, up six per cent year on year, led to a $7.7 billion net income up from $6.9 billion a year ago. Their $1.28 profit per diluted share, was up from $1.07 in Q3 last year and beat estimates.

Apple attributed the rise in revenues and profits to strong Mac and iPhone sales, claiming 35.2 million iPhone sales and 4.4 million Mac sales, up 13 and 18 percent respectively. iTunes and App Stores revenues were also up nearly 12 percent over last year.

But is wasn’t all peaches and cream for Apple. Their iPad segment had a rough quarter as tablet revenues at Apple were down 8 per cent, year on year, to $5.8 billion from 13.2 million units sold (down 9 percent). Apple’s CEO Tim Cook credited the drop in part to inventory reduction over the quarter.

One could also speculate that iPad sales are flagging due to the rising number of inexpensive tablets and Chromebooks flooding the market. Then again, maybe Apple fans are just waiting to see if Apple is going to come out with something fantastically new in the tablet space by the end of the year.

Cook also pointed out that Apple’s deal with IBM to make a push into the corporate space could have a big impact on iPad sales in the future.

“We think there is a substantial upside in business,” Cook said. “We think that the core thing that unleashes this is a better go-to-market, but even more importantly, apps that are written with mobile first in mind.”

With the back-to-school shopping season kicking off and the release of OS X Yosemite and iOS 8 looming, Apple is predicting an even stronger quarter ending late September. If that holds true then Apple should be able to surpass $175 billion in revenues for the full fiscal year.

Microsoft’s revenue star is in the cloud