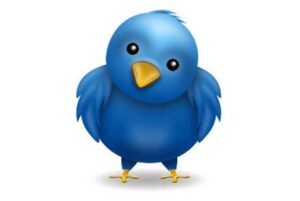 Twitter has just released their diversity numbers and in many ways it’s not surprising that like Yahoo, Google, Facebook and Linkedin their workforce is predominantly white males. Men comprise 70 percent of the workforce, Asians make up approximately 29 percent while Hispanic or Latino and Black or African Americans only make up three and two percent respectively.

These numbers are pretty much the same at the other big four tech giants in Silicon Valley and a lot of people, including Jesse Jackson, are wondering why.

Jackson’s Rainbow PUSH Coalition and the civil rights organization ColorofChange.org have been using Twitter itself as a way to pressure Twitter to share demographic information about its work force and to host a public forum on how it plans to increase the diversity of its staff. They gathered more than 25,000 signatures on an online petition asking Twitter to release its data.

Jackson said Twitter was slow to divulge the numbers because they were so “shameful,” especially given Twitter’s vast number of minority users. “Now they must set goals and timetables for equality,” he said.

“There is no talent deficit, there’s an opportunity deficit,” Jackson said. “African Americans represent money, market, talent and location. No one should be locked out, when everyone is in, everyone wins.”

Jackson didn’t comment on the fact that Native Hawaiians, Pacific Islanders, American Indians and Alaskan Natives only combine to equal two percent of Twitter’s ranks. And I’m pretty sure that there are dozens of other underserved nationalities, ethnic groups and minorities who didn’t even make the list.

On the upside, I’d be willing to bet that Twitter, Yahoo, Google, Facebook and Linkedin employ more LGBT workers than the vast majority of companies in other parts of the U.S. – but that’s kind of a San Francisco bay-area thing.

I’m not making light of the figures – diversity has always been a difficult problem in the high tech sector. But I think that the fact that all five of these companies are only a percentage point or two apart in all categories shows that this is not simply a corporate culture problem (and I seriously doubt it’s some sort of widespread conspiracy). And that means this is not a problem that can be easily fixed with a corporate memo, a shakeup in the HR department or in a public forum.

Unfortunately, contrary to what Rev. Jackson claims, what these numbers really show is a lack of qualified (or interested) candidates in the underrepresented groups. If the people were there who could do these jobs then these companies would snatch them up (regardless of race, religion, gender, or sexual preferences). The high tech industry is a lot like any professional sports teams – if you can run faster than the next person, throw a ball farther or sink a three-pointer 95 percent of the time then you’ve got a job no matter what color, sex, religion, age or even how many feet you have.

The problem here is not with Twitter’s hiring practices (or a misogynistic or racist attitude) the problem goes back to economics and an educational system that is failing so many of our children.

Data Integration: The only true provision against cybercrime