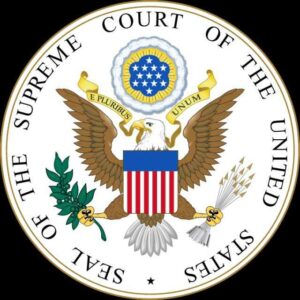 Today the U.S. Supreme Court voted 6 to 3 against Aereo, the TV service that streams over the air (OTA) broadcasts to subscribers. The court decided that, yes, Aereo was infringing on network broadcaster’s copyrights by not paying the same retransmission fees that cable and satellite company’s pay.

The court said that what Aereo was doing constituted a public performance of copyrighted content. Aereo contended that since they provided each customer their own antenna and only forwarded those signals to each individual subscriber, it was not a public performance – even if thousands of people were watching the same program simultaneously using thousands of antennas.

The court, however, added, “Given the limited nature of this holding, the Court does not believe its decision will discourage the emergence or use of different kinds of technologies.”

The ruling is fairly picky about what is or is not a public performance, stating that it doesn’t really matter if each individual subscriber has a dedicated antenna (or whether the signal is delayed by a few seconds). And it doesn’t really matter if the streaming has to be initiated by the subscriber as opposed to tapping into a constantly streaming signal like cable or satellite services do. What does matter is that for all intents and purposes the Aereo service behaves just like a cable or satellite service in that it retransmits OTA signals to thousands of people and that is a public performance of copyrighted material.

Essentially, what the court said is, it doesn’t matter what kind of technology you use, if you deliver someone else’s copyrighted material to lots of people without paying the owners of the material some sort of fee, you are breaking the law.

In this particular case, I think the court made the right decision. Broadcasters have been losing ground for decades as the viewing options have exploded. Every year they garner a smaller and smaller slice of the audience pie and they’ve been fighting that trend every step of the way. They have to hang on to every advantage they have. If the courts had decided that Aereo could retransmit their signals for free over the Internet, no matter what the rational, then it wouldn’t be long before they would completely lose the ability to charge fees for retransmission of programming they created.

Sorry to Aereo, but this time the Supreme Court was right. Raise your rates and pay the networks their due. Who knows, the networks might want to cut Aereo a deal if it means they can get a larger audience for their programming.