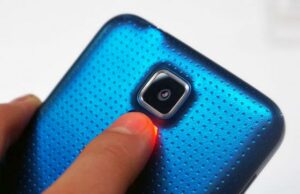 HTC has taken to Twitter to have a dig at Android competitor Samsung’s design flaws when it comes to the latter’s flagship Galaxy S5 smartphone.

The US Twitter account of the Taiwanese smartphone manufacturer posted a picture that pictured its HTC One M8 next to a lineup of three different coloured plasters along with the slogan “Introducing the cure for bad design”.

That wasn’t all as the company’s UK Twitter also got in on the act by posting the same picture with the explanation that “One of these things is not like the other”.

HTC’s tweets are clearly a thinly veiled swipe at the Samsung Galaxy S5’s case design and the blue, gold and black colours the device comes in, and Twitter users were quick to voice opinions on what HTC had to say, with criticism of the HTC One M8 evident.

One user tweeted that “I know the Galaxy S5 has a bandaid looking design, but it is water resistant,” whereas another alluded to the performance of the two firms by stating “Hahahaha, you make metal, they make money xD.”

A further user also pointed out the ironic fact that HTC also makes a gold version of its top of the range phone by tweeting, “Unfortunately, if that means what I think it does, gold is still a terrible color for a phone, making your point moot.”

Samsung is yet to issue any response to HTC’s very public criticism of its device and if the past is anything to go by then it’s very likely that the Korean manufacturer will come out in staunch defence of its offering and fire back at HTC in the process.