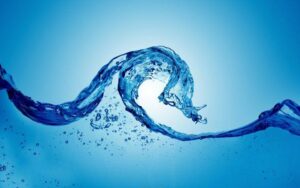 It’s hard to set milestones on the Internet but if one were to do so you could make an argument that we are entering into our fourth wave.

The first wave, obviously, happened back in the 90s when the Internet suddenly barged into everyone’s lives. I’m thinking that it was because of two major factors – the browser and the search engine. Being in technology publishing I was first shown the Internet in the early 90s by one of our sister publication’s reasonably tame techie geeks. He thought it was awesome. I wasn’t so sure. But the day that I realized I could use one of those early and rather lame pre-google search engines to search for better search engines and then actually save those URLs in my browser that was the day I was convinced there might be something of real value here. Back then it was pretty simple to get a domain name but you had to be pretty hard-core to build your own site.

The second wave (sometimes called the Tech Bubble) came in the early 2000s. When people began to get mega-rich creating the silliest of things on the Internet (and other mega-rich people began investing in those silly things). Unfortunately just because you can build something doesn’t necessarily mean that people are going to buy it. Everyone thought they could simply set up shop on the Internet and somehow they were going to get rich. This was the heyday of the web developer. Companies were spending millions of dollars to have a site built for them and web people could dictate how and when things would be updated. A lot of companies also thought that they could charge people just to visit their websites. When the bubble burst it was a bit like waking up after a big party with a hangover and an empty wallet.

The third wave has been happening for the past decade or so. The Internet matured and people became more savvy about how they surf the net. They also began ignoring pop-up ads by the billion (apparently Madison Avenue marketing ‘experts’ didn’t get the memo about the Internet’s existence back in the 90s and they also missed the memo about the bursting bubble thing). Browsers got very sophisticated. Web designers got more sophisticated (even while they could no longer command the absurd fees they had been able to charge only a few years earlier).

The third wave was also when we began to see companies who actually could see the writing on the wall and began launching sites that capitalized on niche markets, underserved markets and things like social media began picking up steam. Amazon came along and basically ate stodgy book publisher’s lunches while publishers debated what they should do. Then Amazon ate Sear’s lunch for desert (talk about missing the boat by a decade or so! Sears was set to become what Amazon is now and they blew it. They had the infrastructure already in place with their mail order business. They had the squeaky-clean reputation. They even had catalogues full of content. Then they shut down their catalogue business just as the Internet came along. Good going Sears!)

Unfortunately, like advertisers, governments around the world began to get a tenuous grasp on the concept of instant access to a planet-full of free information. And it’s not surprising that it scared the shit out of them. Governments survive based on the idea that things are too complicated for the unwashed masses to understand and they are doing us all a favor by taking care of stuff for us (Don’t you worry your pretty little head, Missy. We’ll take care of everything.) And if they needed proof that the Internet was a real threat along comes Wikileaks and Snowden. And there are plenty of others out there who see the Internet as a threat (just ask taxi drivers in London or lawmakers trying to figure out if Google or Facebook are somehow breaking laws created before the Internet existed).

Now we are entering the next phase. The Internet is evolving into a mobile experience and some companies understand that means much more than simply surfing the web on your smartphone. Advertisers are finally beginning to understand this new technology (to a degree) and curiously enough that new understanding is being driven by the websites, device and app makers explaining how to actually capitalize on the Internet by using analytics, robot bidding and buying, advanced demographics and more. Social media, search, maps and shopping are now the biggest forces driving new technologies and new services and they are beginning to consolidate their diverse offerings into tidy packages (kind of reminds me of AOL and Compuserve’s heyday). Today just about anybody can build a website for next to nothing (or just use someone else’s templates).

It seems like we are also on the verge of a second Tech Bubble where companies like Facebook pay $19 billion for a messaging app, Google is sending up satellites and Amazon is announcing their own smartphones. There are still a lot of companies that don’t quite get the Internet. They believe if they get a Twitter account or if they hire someone to build an app for them their sales will magically spike…just because. But there are a lot of other companies out there who do seem to understand that the Internet is an evolving beast that never stands still and shows no signs of slowing down any time soon.