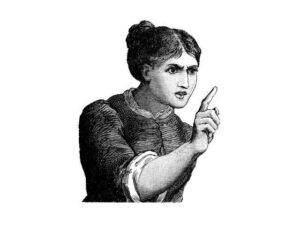 In the first ten months that the ‘six strikes’ Copyright Alert System (CAS) has been in effect five Internet providers have sent out 1.3 million warnings to customers suspected of illegal downloading and file sharing.

The Center for Copyright Information (CCI) said that 70% of the alerts represented ‘the initial educational stages’ with only three percent leading to final mitigation.

“We are encouraged by the initial data from the Copyright Alert System’s first 10 months suggesting that the program has the potential to move the needle in deterring copyright infringement,” says Jill Lesser, executive director of the CCI.

The CCI says the program has gone so well they plan to send out twice as many notices over the coming year.

“Our initial research into consumer attitudes – along with what we have seen in our own data – shows that consumers do respond to this kind of educational system that alerts them to infringing activity on their account and helps them find the content they want easily and legally.”

Similar systems are being implemented in numerous other countries around the world with varying degrees of success. For example France has had a warning system of their own in place since 2010 but after a team of researchers analyzed the numbers they found that it did little to curb illegal downloading or file sharing. The team found that people who received the warnings simply switched to different, unmonitored P2P services.

The warning notices might rattle a few people but I suspect that most of them would be the parents of teens who didn’t realize their kids were downloading hundreds or thousands of songs to their music players. And it might discourage a few people from downloading and burning movies for their collections.

But for the most part I don’t think these warnings are going to have much effect. As the French discovered, if someone finds out that their ISP is monitoring traffic from their favorite P2P network they will simply find another network.

One also has to wonder if they are sending warning notices to the P2P networks that make all those files available to the public. Wouldn’t it be better to attack the problem at the root rather than the leaves on the branches? If they know that a particular vendor is selling stolen goods shouldn’t they shut down the vendor instead of threatening the people who shop there?

It’s also a little bit like the FBI warnings displayed at the beginning of movies. Does anyone believe that a potential pirate is going to see that warning and say ‘Oh darn! Now I can’t make illegal copies of this movie because it has a warning! I’ll just have to look for a different movie that doesn’t have a warning.’

Samsung (and just about everybody else) cares about your health