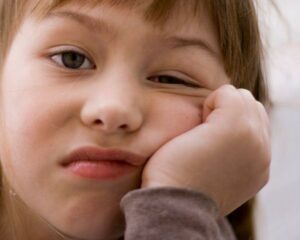 The numbers are expected to reach 1.8 billion units by 2018.

According to Ramon Llamas, Research Manager with IDC’s Mobile Phone team, “What makes smartphone growth so amazing is where the growth will be taking place. Smartphone shipments will more than double between now and 2018 within key emerging markets, including India, Indonesia, and Russia. In addition, China will account for nearly a third of all smartphone shipments in 2018. These – and other markets – will offer multiple opportunities to vendors and carriers alike, but the key will be balancing affordability with expectations.”

IDC says that part of the reason for smartphone growth is that prices are inching downward. Cheaper smartphones that use older components seem to be a viable alternative for many people. A lot of people don’t seem to care if their smartphone has the latest and greatest hardware or OS, all they care about is that the thing does its job reasonably well.

The IDC report also covered smartphone OSs and again there weren’t any surprises. Android is still the clear winner with an expected 80.2% market share by the end of 2014. The report predicts that Android’s share of the market might slip a bit over the next four years due to the growth in Windows Phone.

BlackBerry…ah BlackBerry. It’s almost surprising that IDC continues to break out BlackBerry numbers rather than just lumping them into the ‘others’ category. But if you are interested, IDC says BlackBerry volumes are expected to drop 49.6% in 2014, and continue to decline to 4.6 million units by 2018.

It’s interesting to note that even though iOS only has 14.8% of the total smartphone market most mobile developers still feel that it is essential to develop for both Android and iOS and many of them release iOS versions of their apps before they ship Android versions. Only recently have developers begun to thinks that maybe they should consider Windows Phone versions as well.

iOS has the hype and the glamour and it is easier to develop iPhone apps since it is a closed system with no surprises and only a few target devices. The Android market, on the other hand has hundreds of different device types, OS variations and screen resolutions that make it more problematic for developers. Windows Phone is a bit of a wild card (particularly now that Microsoft has purchased Nokia).

About the only thing that developers can gain from these new numbers is that they might want to take a look at their target markets and reevaluate how they allocated resources going forward.

An electronic nose for your smartphone