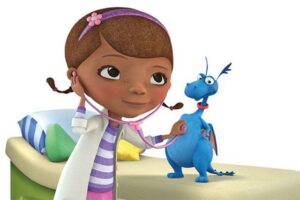 Earlier today Samsung unveiled Simband, a prototype wearable health and wellness tracker capable of measuring a wearer’s heart rate, blood pressure, and more. Seems like just about everyone is coming out with some sort of health tracking device these days.

Simband is an open-platform, hardware reference design that combines with a cloud-based open software platform called the Samsung Architecture for Multimodal Interactions (SAMI). Samsung won’t actually be manufacturing the device themselves, instead they want to license the technology to other companies who want to get on the wearable health monitoring bandwagon.

The health-monitoring wearable supports Wi-Fi and Bluetooth to transmit the data it collects to other devices, to analytical software residing in the cloud, and, ultimately, to healthcare providers.

According to a statement during a press conference this morning Samsung Digital president and chief strategy officer Young Sohn said, “We’re here today to outline the single greatest opportunity of our generation, to better understand our well-being at the intersection of health care and technology.”

Simband’s sensors include a multiple photoplethysmogram (PPG) sensor that “measure(s) changes in blood flow at the microvascular level and monitor physiological phenomena, such as heart rate, blood pressure, and other vital signs.”

The prototype also has an electrocardiogram (ECG) sensor to measure the rate and regularity of a wearer’s heartbeat. Users can combine the ECG and PPG sensors to give them an estimated blood pressure.

Simband also measures body temperature and galvanic skin response (GSR) to gauge the electrical conductivity of the skin. The prototype can also measure bioimpedance, making it “the first open reference design platform in the world that is designed to leverage bioimpedance to monitor everything from blood flow to body fat.”

Samsung is hoping that by building every possible sensor they can get their hands on into the device platform they will be able to attract developers who would rather license the technology than develop it on their own.

Samsung is not the only player trying to cash in on the fitness/hypochondriac fad that has been sweeping the non-obese sector of the population. Intel showed off a smart shirt this morning, Google has plans for a health monitoring watch, Apple keeps threatening to come out with something similar and there are already a number of companies shipping all sorts of devices that track your heart rate, galvanic skin responses, number of footsteps you take and so on.

Maybe these wearable devices will be the next up and coming thing – at least for people who care about those types of things.