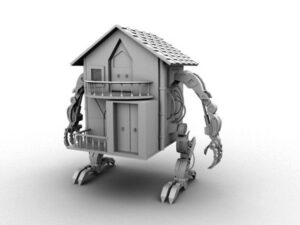 One of the problems we often have is that when a big vendor launches something, particularly Apple, we then say it is either good or sucks.   And in both instances we are often arbitrary and care more about who is launching the product than what was actually launched.  So prior to Apple’s announcement of a new home automation offering I thought it would be interesting to set the bar for what we should all want.    I’ve been covering this space since the 1970s and while folks like Smart Home and their Insteon platform have come long way, there is still a long way to go.

First we’ll want media integration.  We want to move our movies and music around the home as part of the control structure.  Second we’ll want stuff from a variety of quality vendors to interoperate.  Third we’ll want the solution to be secure so that the components aren’t used against us.  And fourth we’ll want it to both be easy to set up and use, and backed up in a way that allows us to advance to the next technology, or move to another house, without having to start all over from scratch.

Let’s walk through each component.

Ideally an automated home would allow you to walk through adjusting both the lights and the entertainment to your preferences.  Let’s say you are cleaning and listening to music or you are watching a TV show and have to go into the another room having both the lights and the entertainment move with you based on your preferences would be magical and not particularly difficult to do (Bill Gates did this in his house over a decade ago for instance).

It should also know when you have left the house and when you are on your way back so it can turn off the power, heating or air conditioning when you leave and turn them back on as you approach.  Ideally it could also move the program you are listing to or watching from your home to your car (granted keeping the video off when you are driving).  And all the system would have to do is use the geo-location feature in your smartphone to track you.

No one vendor can build everything we need which should range from intelligent appliances to in home occupancy sensors.   This means that the solution will need to come from integrating a variety of vendor’s products like we do with PCs today (printers, networking gear, keyboards, mice, displays, and a vast eco-system of stuff works in an integrated fashion regardless of which company builds it (or at least it should).

The same rule should apply here so we can pick the locks we want, the sensors we want, the switches we want, and the media systems we want and they’ll simply and easily integrate into the solution we want.

We certainly don’t want strangers looking through our security cameras, unlocking our doors, turning on and off our lights, turning up or down our heating and air conditioning, or shutting down our appliances.   The system needs to be relatively secure and go beyond just ID and password authentication but it could use an authorized phone, tablet or PC as another authentication factor so that even if someone was able to steal or figure out your ID and Password they wouldn’t be able to use your automated system without your permission or registered computing product.

This is doubly true of your car and your house and car systems will likely talk to each other for media hand off, media transfer, and network software updates.

We don’t want to have to get the time equivalent of a Ph.D in home automation to use the system and should we upgrade, have to replace it, or move to another house our customizations should move to the new gear so we never have to configure from scratch more than once.    The system should be able to give us some sample configurations we can start with so we don’t have to start from scratch and integrate things we have already done like video and music favorites and play-lists.   Ideally is should be able to initially ask you some questions about preferences, normal hours in the home, kids, pets and caretakers and then build a program you can modify in a few minutes to fit your needs.   You shouldn’t have to program the thing from scratch.

Given we can automate much of the initial set up effort the system should incorporate this capability.

Wrapping Up:  The moving bar

A complete home automation system would include your car, security cameras, switches, key appliances (like being able to pre-warm an oven or an electric blanket)), heating and cooling system, in home media, and locks.   But this group of things will likely need to expand as are the interfaces with voice command likely already becoming a requirement as we get used to Apple’s Siri or Microsoft’s Cortana.   And we clearly have robots coming so what we expect today will be far short of what we’ll accept tomorrow.   Granted once we have robots perhaps they can get all of this stuff to work for us, until then whoever comes closest to this initial set of requirements will likely have the best chance

But until someone comes close this automation stuff will likely be more of a science experiment than a real solution.

Zuckerberg invited to Iran (actually, an Iranian court ordered him to appear)

"Weirdo" Brin should have avoided Google+