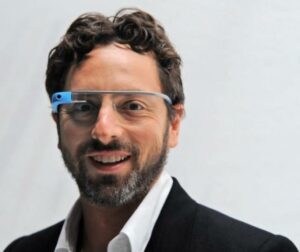 Google co-founder Sergey Brin has revealed that his involvement in Google+ was probably ill-advised.

Everybody’s least favourite social network is currently on its knees, following the departure of Vic Gundotra, one of the central figures behind the platform.

Now Brin has thrown in his two cents, admitting that himself and social networks are simply a terrible fit, according to the Verge.

“It was probably a mistake for me to be working on anything tangentially related to social to begin with,” he said, adding that he’s “not a very social person.”

However, he says that he did use Google+ for sharing snaps of his family.

Somewhat bizarrely, Brin also conceded that he is “kind of a weirdo.”

Towards the end of last summer, Brin was heavily involved in a scandal that rocked Google, and caused Hugo Barra to quit his job as vice president of product management for Android.

According to reports that emerged at the time, a former love interest of Barra entered a relationship with Brin, who had split from his wife shortly beforehand.

The Race to Home Automation: Setting the Bar for Apple (and Everyone Else)

The downside to home automation