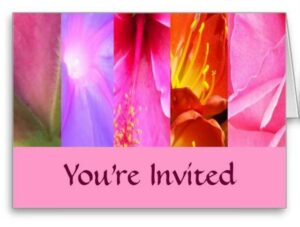 The ‘Zionist’ Mark Zuckerberg (or his lawyer) has been called to Iran to defend himself – or at least defend Instagram and WhatsApp – against complaints by Iranian individuals that the apps violated people’s privacy.

“According to the court’s ruling, the Zionist director of the company of Facebook, or his official attorney, must appear in court to defend himself and pay for possible losses,” said Ruhollah Momen-Nasab, an Iranian internet official. The summons was issued by an Iranian court in the southern province of Fars.

Rohani is opposed to blocking social media websites (at least until they can create their own government-controlled alternatives). Social media has offered a new way for him to show the West that Iran is a reasonable country after all and not a freedom crushing regime filled with fanatics.

“We should see the cyber world as an opportunity,” Rohani said last week, according to the official IRNA news agency. “Why are we so shaky? Why don’t we trust our youth?”

While I’m sure that Mark would be more than happy to explain to the Iranian courts how cool Instagram and WhatsApp are and point out all the new features and settings, I’m pretty sure he isn’t going to be booking a ticket to Iran any time soon.

I suppose we should give Rohani a little credit for at least claiming that he’s in favor of opening up Iran to western technology even it means possibly exposing Iranians to undesirable thinking. Hey, the courts could have condemned Zuckerberg to death in absentia.

Update: Earlier today the official news agency IRNA denied reports that a court summoned Zuckerberg. Shiraz Chief Prosecutor Ali Alghasimehr is quoted as saying Zuckerberg has not been summoned to court and Facebook-owned applications Instagram and Whatsapp have not been banned. IRNA’s Wednesday report says complaints by individuals have been filed against Instagram and Whatsapp and that those lawsuits are under investigation but no rulings have been issued.

The Race to Home Automation: Setting the Bar for Apple (and Everyone Else)