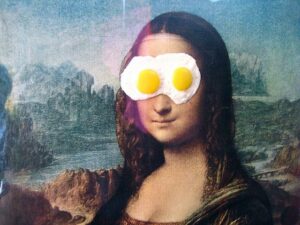 In a widely reported story it turns out that eBay got hacked sometime last February and since they also own PayPal anybody that uses the same password for both accounts should be worried too. So, you should probably change your passwords and don’t open any suspicious emails. You might also want to check your identity while you’re at it.

Apparently the hackers gained access to eBays corporate computers by gaining login names and passwords of some eBay employees somehow (let me guess, their passwords were something like 1234 or Toddisgod or something equally stupid).

Once inside the corporate computer system it was relatively trivial to steal everybody’s information. I suppose it is fortunate that eBay stores passwords in hashed form (a relatively simple scrambling of the characters) but hashing isn’t terribly secure.

Alan Marks, eBay’s senior vice president of global communications, said that eBay stored its own financial data separately. Good to know that they protected their own assets but not their customers’ asses.

So we’ve done our civic duty by reporting the breach and warning you (like nearly every other website in the world) to change your eBay passwords.

Hell, you might as well take a few minutes and change all your passwords right now.

I’m not kidding…go do it now…we’ll wait for you to get back.

You’re not going to do it are you?

It’s getting to the point where every time you log onto a site you should change your password and every time you charge something on your credit card you are going to have to cancel the card and get a new one because these days it seems like large institutions are getting hacked faster than GM can issue more automobile recalls.