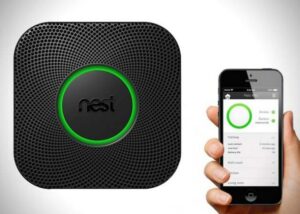 Nest has recalled almost half a million of its Protect smoke detectors due to a design flaw which could render them useless in the event of a fire.

The California-based, Google-owned organization, which is known for its range of sensory driven, Wi-Fi enabled thermostats and smoke detectors has discovered a major flaw in its product, which is designed to save lives.

After recalling 440,000 Protect smoke detectors, the company claimed the move was down to a “failure to sound alert.” The mechanics of the product means that users are able to turn off the alarm just by waving at it. Unfortunately this function has proved too sensitive and is said to be triggered by a number of movements. In theory, a user could turn the device off accidentally, increasing the possibility of a life-threatening house fire.

The US-based Consumer Product Safety Commission (CPSC) has already highlighted the product on its site.

According to sources, users are able to download patches from the Internet that will fix the problem. However, this hasn’t stopped Nest recalling its product, most likely in the hope that it will save itself from a hefty lawsuit.

So change your eBay and PayPal passwords already

Are drones the future of pizza delivery?