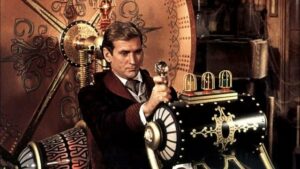 It is being called the ‘right to be forgotten’ by some folks, others are calling it censorship and Google is calling it ‘unfortunate.’ Yesterday the European Court of Justice ruled that Google must remove links to old stories about people if they ask.

The case hinged around a man in Spain who wanted Google to remove links to a 16-year-old newspaper article about his house being auctioned off for failure to pay taxes.

First, yes, even Google can be sued even if the data is stored and processed in a different country.

Second, yes, Google can be held responsible for the content it points to and is not just a neutral intermediary.

Third, even though the current laws were written before Google even existed they still provide for a right to be forgotten that is enforceable on search engines.

The ruling drew sharp criticism from Internet privacy rights advocates who warned it could undermine freedom of speech. “The principle that you have a right to be forgotten is a laudable one, but it was never intended to be a way for people to rewrite history,” says Emma Carr, acting director of the British group Big Brother Watch. “Search engines do not host information, and trying to get them to censor legal content from their results is the wrong approach.”

Big Brother Watch said that any removal of personal information should be “tackled at the source,” not through intermediaries such as Google.

This is a tricky one. On the one hand you could say people should be able to clean up false information about themselves if it shows up on a search but in this case the information wasn’t false, it was just outdated. Would this same person have the right to go to every library that had copies of the newspaper that originally reported the story and order them to deny people access to that particular story?

It’s been a problem for newspapers (or any news gathering service) for a long time. A story gets printed and then new information surfaces that contradicts the original story so the newspaper prints a retraction. Not a perfect solution since a lot of people already came to their own conclusions based on the first story. (That’s one of the reasons why reporters and police use the word ‘allegedly’ a lot in an effort to protect themselves.)

And there is the very real possibility that politicians would want to expunge all those stories about misdeeds (or even voting records) of the past in a effort to clean up a tarnished reputation. And since the court ruling implied that anyone in any country could sue Google (or any other search engine company) for linking to negative stories about them then theoretically any despot could try to erase access to stories that list their crimes against humanity.

At the very least it’s going to cost Google some extra money to hire people to remove links to old stories.

Of course, Google could just pull the ‘not linking to copyrighted material’ trick they already use. When a search result turns up a link to a site that someone told Google contains copyrighted material Google puts up a notice saying that it can not display the link. But it does display a link to the official complaint that just happens to contain the full URL of the offending site right at the top of the complaint form.

How do you get split-screen support on an iPad? Buy a second iPad.