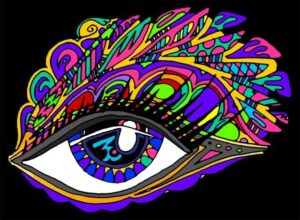 Yesterday Yahoo announced that it was buying Blink, the instant messaging service that lets users determine how long their messages will last before they self-destruct. Question is, has Yahoo already started the timer on Blink?

Blink isn’t exactly the star of instant messaging. Most of their users are in the Middle East. And it’s not like they are a giant company with hundreds of employees (closer to seven actually). And their technology isn’t exactly unique (Snapchat, Cyber Dust and others do basically the same thing).

Blink is a product of Meh Labs, a company founded by ex-Google employees Kevin Stephens and Michelle Norgan. Meh Labs is best known for its location-sharing app Kismet.

“We built Blink because we believe everyone should be free to show the same honesty and spontaneity in their online conversations as they can in person,” the company said. “We look forward to the possibilities that will come from bringing the Blink vision to Yahoo.”

The Blink vision, perhaps, but not necessarily the Blink app. There are already plans to pull the app off the virtual shelves – not for retooling and re-launching. The current speculation is that Yahoo actually wanted the team and not the app. Yahoo could also eliminate a small bit of competition as they push out their own messaging apps.

In the past year or so Yahoo has been on a shopping spree. Last year they bought more U.S. tech companies than any other company, with 22 acquisitions. A number of those acquisitions, including Alike, GoPollGo, Jybe, MileWise, and Summly, have shut down their applications after Yahoo had bought them, although a few, like Astrid and Tumblr, live on.

Maybe Yahoo just wants to remind everyone that they too can play the acquisition game. In February, Japanese e-commerce company Rakuten Inc bought Viber, a mobile app enabling free calls and messages, for $900 million. But when Facebook acquired mobile messaging app Whatsapp for $19 billion it started a feeding frenzy with search and social giants snatching up just about anyone who has a mobile app.

And sometimes it’s about presenting an image.

Internet of All Things: dystopia or utopia?