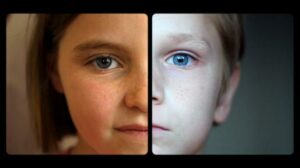 There have been a number of posts and articles about the rumors that Apple will introduce split-screen multitasking to iOS 8 at their upcoming Worldwide Developers Conference in June. Some say this is a good thing while others are a bit more skeptical.

In a recent post by Andrew Cunningham on the arstechnica website he takes a hard look at some of the technical issues that Apple (and iPad developers) would face if the rumors do actually turn out to be true. It’s a good article and I’m not going to quote it word-for-word. (You can read the complete article here.)

Basically Andrew points out some of the issues with developers having to suddenly deal with multiple screen resolutions when in the past they only had to worry about three (possibly four if you count the retina displays). This hasn’t been an issue for Android and Windows tablet developers since they already have to account for dozens of different display resolutions.

He also points out the Apple has traditionally kept a tight reign on if and when apps can communicate with each other. This would have to change if you want apps to share data like they already do in Snap mode on Microsoft Surface devices.

Finally, Andrew talks about the memory requirements of true multi-tasking and the fact that most iPads usually have less than half the memory of comparable Android or Windows tablets.

Now there is a way around some of these problems.

“Of course, Apple could do what it has done before: restrict the hardware that can use the split-screen multitasking feature. It could choose to support the feature only on some brand-new iPad with a beefier CPU and 2GB of RAM instead of 1GB. This might limit developer support for the feature, at least initially—devs won’t want to spend a lot of time on a feature that appeals to just a sliver of the user base. But it would skirt any problems related to hardware restrictions, and Apple has certainly introduced exclusive features with new devices before (see Touch ID and Siri, though third parties didn’t need to do any work to support either of those since APIs weren’t made available),” Andrew states.

But that’s not something that Apple likes to do.

To tell you the truth I had a moment of nostalgic reminiscence when I heard about these rumors. You see, I used to be the editor of AmigaWorld magazine a few eons ago and if you are old enough to remember, the Commodore Amiga began life with a fully blown multitasking operating system right out of the box when it debuted in 1985. At the time neither IBM nor Apple had anything that even came close. They defended themselves by saying they didn’t need it. ‘You can’t do more than one thing at a time anyway!’ they said. But then a few years later Apple came out with a semi-, sort of-, something-like-a-multitasking solution and they sounded the horns and sent up the fireworks announcing it was the best thing ever!

I guess history does repeat itself.