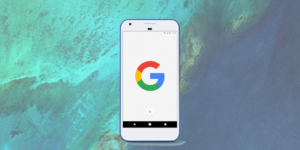 If you were to walk through Google’s graveyard, you’d find that it was mostly populated by failed hardware projects. From dual-OS tablets to the ill-fated Google Glass, these projects have underlined the brand’s struggles with physical products and innovations through the years.

Believe it or not, however, Google have managed to buck this trend with its impressive range of Pixel smartphones. While these have typically been designed in partnership with LG and HTC, however, the brand is now committed to developing its own hardware and elevating the range onto an entirely new level.

Whisper it quietly, but the upcoming Pixel 3 (which is due for release later this year) could actually be poised to gain the upper hand on the iPhone X and Samsung Galaxy S9.

When Google’s Pixel 2 and Pixel 2 XL were launched last October, many argued that the brand got the timing of the release completely wrong. After all, this fell between the launch of the iPhone X and the hotly-anticipated iPhone X, causing many consumers to overlook the unique quality and appeal of the handset.

Presuming that the brand don’t make the same mistake this time around, however, the Pixel 3 should receive the acclaim that it deserves. More specifically, people may finally recognise that Google arguably offer the best primary features of any smartphone manufacturer, including the camera, storage and battery performance.

In terms of the camera (which is widely acknowledged to be the best of its type on the market), customers can access unlimited photo storage, while the Pixel 3 will also offer 4K video functionality and up to 128GB of internal storage.

In terms of the battery, the Pixel 3 will feature an impressive, 3,500mAh unit. This represents a significant upgrade on the 2,700mAh battery featured on the Pixel 2, although the handset will retain the fast-charging capacity that wowed customers last year.

With such a strong, well-rounded specification and outstanding core features, the Pixel 3 could well earn rave reviews this year and compete more aggressively with Apple and Samsung.

2. Google have Invested $1.1 billion in a New Engineering Team

We said earlier that Google were intent on manufacturing their own handsets in the future, and they showcased their commitment to this by investing $1.1 billion in a new engineering team at the beginning of 2018.

More specifically, they used this capital to procure a large slice of HTC’s smartphone division, including a diverse range of design expertise in the form of around 2,000 trained engineers. It’s hard to imagine a clearer statement of intent regarding Google’s focus on cracking the smartphone market, with the brand determined to become a dominant force within the sector.

It was HTC that was contracted to design the Pixel 2 handset last year, but Google have now moved to make the design team their own and exert full creative control over the development and manufacturing process.

With this in mind, Google will aim to ensure that the Pixel 3 attains the same quality of design and functionality of its main rivals, and it has certainly created a platform which it can evolve previous designs and elevate them accordingly.

With such commitment and complete control over an extremely talented engineering team, the Pixel 3 has an excellent chance of becoming the pre-eminent smartphone in 2018.

3. The Pixel 3 will Continue to Receive Android Updates First

We all know that Android software is used in just about every available smartphone, bar the iPhone range and a select few Windows mobiles. It’s all too easy to forget that Google power the Android operating system, however, and remains responsible for every single update and upgrade that is marketed.

As you would expect, the brand have been keen to leverage this when producing its own smartphones, ensuring that Pixel users receive all new updates and upgrades well ahead of everyone else. This happened last summer, when Android 8.0 Oreo launched in August and was rolled out instantly across all Pixel and Nexus devices.

This means even Google devices that were two or three years old would have had more modern and sophisticated operating software than the latest Samsung handset for a concerted period of time, and this could prove a significant draw for customers when the Pixel 3 hits the market.

This could be particularly relevant in 2018, with Google gearing up to launch the much-vaunted Android P operating system. Make no mistake; if the brand choose to launch the Pixel 3 and Android P simultaneously, they could well have a huge winner on their hands.

The Bottom Line – Will the Pixel 3 Prevail?

The facts undoubtedly make for a compelling argument, an the Pixel 3 should certainly compete on a par with Apple’s iPhone X and the Samsung Galaxy S9.

There are some concerns over accessibility, of course, with competitive iPhone and Samsung Galaxy pay monthly phone deals still more readily available than those featuring the Pixel range. Not only this, but Google must proactively acquire customers directly from Samsung (and too a lesser degree Apple) if they’re to claim a dominant market share with the Pixel 3.

Still, there’s no doubt that the Pixel 3 has the potential to break the market wide open this year, and finally offer some serious competition to the Galaxy S and iPhone ranges.

Singapore: How The Silicon Valley Of Asia Is Driving Technological Innovation