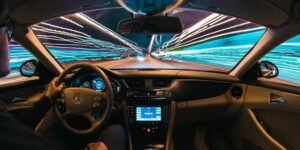 To me, autonomous driving is a no-brainer. Once in place, it would save hundreds of thousands of lives per year by eliminating the vast majority of deadly vehicle accidents and it would also eliminate many of the logistics problems associated with moving materials long distances over land. But I also believe in mask mandates, vaccine mandates, seat belts, helmets for motorcycle riding and snow skiing, and other safety efforts that have had, when announced, significant push back from users.

The way autonomous driving is being presented is as a technology that will take away your “privilege” of driving yourself by turning that privilege over to a computer. As a society we don’t really trust computers and for good reason. Large companies like Facebook have clearly misused the technology to do harm, reinforcing this distrust of technology. People, in general, don’t like to lose privileges and tend to fight efforts to dictate their behaviors, even when they’re demonstrably for their own good. It often seems like large portions of our population live by the concept that no one can make them do things that are for their and their fellow citizens’ benefit if it results in some reduction of perceived freedoms.

There are two ways to fix this, and they aren’t mutually exclusive. One is to more aggressively point out the financial, health, and life expectancy benefits of autonomous driving technology, and the other is to lead with the other option for autonomous driving called “Guardian Angel”.

Currently, it is estimated that much of our investment in automobiles is wasted. We pay tens of thousands of dollars for our cars, but unless we are doing delivery or ride-sharing, those cars spend most of their time underutilized just sitting in garages and parking spaces.  The average cost of a car as of January 2021 is $41K for a new car and $22K for a used one.  That makes the monthly payment around $451 and insurance averages $124 a month for a total of nearly $600 a month or around $7K a year.  That’s a lot of money tied up in an asset you only rarely use.  This cost can change a lot depending on where you live. But self-driving cars will be offered as a service where the costs can be spread across several users, they’ll require less expensive insurance, and most should be electric, reducing gas charges significantly. Even if you own and use the car exclusively costs are expected to drop up to 50% year over year. With shared use, that savings would be significantly greater, and you could turn your garage or carport into living space.

When you drive and own a car, the liability for any accident lies with you.  With a fully autonomous car service, the liability resides with the service. Since they are far less likely to be in an accident in the first place, you are far less likely to be killed or injured. Particularly when we talk about kids or those driving under the influence, this could be the difference between a long, happy life and a far shorter one. Because we likely did the same, we know kids often take unreasonable risks with cars. Even if they are responsible young people, they could still be a passenger or hit by a car driven by someone behaving irresponsibly. Autonomous vehicles would reduce that frightening probability significantly.

Finally, autonomous vehicles drop you off and pick you up where you are. You shouldn’t have to find parking, find yourself in a dicey area looking for your car, worry about your car being broken into or stolen (if you are using a service, that’s the service’s problem, and if you own the car, it should be able to protect itself and aggressively alert if someone is trying to break into it; these are connected vehicles after all, and they should be able to call for help).

At an NVIDIA event years ago, Toyota spoke to two types of autonomous car technology, and they aren’t mutually exclusive. The most common we talk about is Chauffer where the car drives and you are a passenger. This is also the mode most people who don’t like the concept object to. But the other type is called “Guardian Angel”. Toyota argued, and I agree, that this is the more attractive of the two formats. This is where the car can drive autonomously but can allow the driver to have some control over the vehicle and it simply acts to protect the driver aggressively. If the driver is under the influence, distracted, doing something unsafe, or in distress, the system can near-instantly take over the driving responsibilities to avoid an accident.

This could even work on track days where the car could learn the track and then calculate the ideal speed and apex to optimize the speed of the vehicle for the track design and surface conditions. The driver could then provide a directional GPS-like guide on their heads-up display showing the ideal line and ideal speed which they can follow, like using an onboard coach.

This is closer to having an always-ready co-pilot that is totally focused on keeping you, your spouse, your loved ones, and your kids safe while being transported and assuring the kinds of accidents that take our loved ones from us every year become a thing of the past.

Guardian Angel allows us to retain some control over the car but still gain the safety, reduced stress, and some of the cost benefits of an autonomous vehicle without a steering wheel. It is close to having your cake and eating it too.

Autonomous cars are likely going to have similar sales issues to other safety technologies that seem to reduce freedoms. Drivers fought mandatory seat belts, mandatory helmets, and other mandated practices designed to reduce the medical costs to the state and protect lives and livelihoods. But if people realize that these technologies can bring them longer happier lives, can keep their loved ones far safer, and can be deployed so their driving privileges aren’t revoked, I think the technology will be far more successful sooner and that, statistically, we’ll have longer, happier lives.