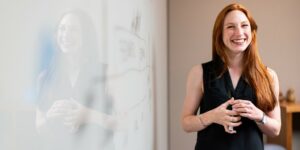 In a competitive business environment, more business owners are looking to improve the quality of their output while reducing the total costs.  In this instance, businesses need to get more from their employees. At the same time, however, employees also expect more from the business that has hired them.

Employee recognition and reward program is a method that allows businesses to change the behaviors of employees and have them motivated to be more productive for the business. To understand how small businesses can leverage from these methods and strategies, you need to first understand the difference between reward and recognition.

Even though many people will use recognition and reward interchangeably, it is better to categorize both of them separately when trying to implement a system. Employee reward systems are usually a procedure system that allows businesses to reward their workers and motivate them on group or individual levels.

They are normally considered separate from salaries, but can also be monetary in nature in which a company will have to account for a cost. Businesses have also begun to implement employee recognition programs as a tool to draw appeal to the best and most qualified employees.

This not only helps businesses attract good workers towards their business but also helps increase their efficiency in a competitive job market. Nonetheless, employee recognition programs are often combined with reward programs despite having different purposes.

A reward program helps put out a psychological reward of financial benefits. Regardless of being different in nature, the elements of designing and maintaining the recognition and reward system are similar. Therefore, it is useful to keep their differences in mind when trying to implement the system. Both of the strategies are great for motivating the staff while reducing the overall cost.

When a business is creating a reward program, the HR managers and owners need to set aside the monetary incentives. It requires businesses to distant salaries from regular basis financial rewards such as bonuses and commissions. By doing so, managers can avoid a sense of entitlement on the part of the employee, and ensure that the reward encourages extraordinary achievements and excellence.

Pay increases due to merit should not be a part of the employee reward system.  This is because they do not particularly have an impact on motivating employees and encouraging them to perform beyond their limitations for a company. This is because when implementing this reward system, the distinction between a good employee and an average one is very small.

In many businesses, teamwork is a critical aspect and needs to be reinforced. Thus, a reward system can reflect an employee’s compatibility and coordination when working as a part of a team. On the other hand, merit increases focus more on individual job performances without looking at achievements within a group or business.

When creating a reward program, a business must keep in mind some of the key elements. Businesses must determine the desired behavior, value, and achievement that they want from their employees. After identifying this, businesses need to find the best reward system which will precisely reinforce the particular goal.

After creating a reward and recognition program, new businesses have to move into the phase of trial and error. This will require them to apply the system and judge whether the performance of the team has improved. Since rewards require businesses to spend time and money, a small business owner must to sure that the performance has indeed improved.

Oftentimes, analyzing a reward system’s performance thoroughly requires measuring financial returns along with other impacts. These can involve reduced defects, quicker deliveries, more customer satisfaction, and more. When developing a reward program, a business owner should ensure that the system is easy to comprehend and follow.

The specifics of the system should be integrated in the daily tasks and procedures of the employee. If an employee does not understand the reward system, they will be unable to adhere to it. You can also promote the system through different means such as meetings and memos.

There are different types of reward systems that a new business can implement. For instance, variable pay, which is you can put a small fraction of a worker’s pay under their achievement. Variable pay takes shape in many forms. These include bonus structures, one-time awards, and stock options. Many companies use variable pay methods to get the best out of their workforce.