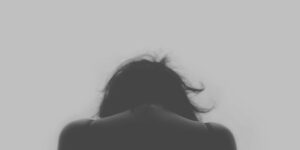 Sexual violence can be debilitating both physically and emotionally, and it can be difficult for a person who has experienced sexual violence to return to life before the assault. Indeed, it may feel impossible to return to work in an ordinary capacity or to go about daily activities. When sexual violence affects students, it can be significantly disruptive to education. Many students who report sexual assault and formally file Title IX complaints ultimately end up leaving the institution where the sexual violence occurred, and often after their coursework suffers. Survivors of sexual violence at colleges and universities should know that they do have rights under Title IX and that they may be able to take legal action if an educational institution or Title IX coordinator does not take steps to provide protection or to effectively prohibit retaliation. A Title IX lawyer can provide you with more information.

When Title IX of the Education Amendments of 1972 was passed, it was intended to afford equal access to educational opportunities for students regardless of sex. Indeed, the language of Title IX states: “No person in the United States shall, on the basis of sex, be excluded from participation in, be denied the benefits of, or be subjected to discrimination under any education program or activity receiving Federal financial assistance.”

According to a study conducted by the nonprofit organization Advocates for Youth, “39 percent of survivors who reported sexual violence to their schools experienced a substantial disruption in their educations.” Some of those students left the school temporarily, while others withdrew from the college or transferred to another institution. Beyond these interruptions in education, students also experience grade declines and other consequences of sexual violence and the subsequent reporting and investigation process under the school’s Title IX protocols. The Advocates for Youth student emphasizes that “educational interruptions occur not because of sexual violence alone, but because of sexual violence exacerbated by schools’ inadequate or otherwise harmful responses to reports of violence.”

That report cites the following statistics concerning educational disruptions or interruptions among students who experienced and reported sexual violence:

Students who experienced educational disruptions also reported that they had endured “name-calling by school officials,” according to the report and that the investigations were “drawn out for years,” thereby making it difficult or even impossible to move forward and to focus on getting an education.

Any student who is a survivor of sexual violence and has faced unfair treatment during a Title IX process should seek advice from a Title IX attorney who can help.