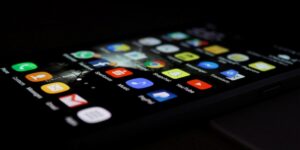 After an exciting year in 2017 with the release of both the iPhone 8 and iPhone X, will Apple lay low this year or stun us with even more cutting-edge features?

Industry reports point to the likelihood of the tech mogul building on its existing momentum to release even more features, updates and even new iPhone versions in 2018.

But there’s also plenty in store for other Apple products. With sales of the long-awaited iPhone 8 surpassing those of the iPhone X, it’s possible that Apple will choose to delay release of brand-new iPhones (such as iPhone 9 or iPhone XI) until consumer demand and technological advances swell again. However, Apple has plenty of other gadgets to turn its attention toward.

According to Business Insider, there are reports of 3 new iPhone versions, defined at this point primarily by their screen size, set to launch in September 2018. Time will tell whether these iPhones will just be new-and-improved upgrades to iPhone 8 or iPhone X or will be radically different enough to earn their own monikers. But if the reports ring true, there are some innovative features we can expect from these late 2018 launches:

What Else Does Apple Have Up Its Sleeve for 2018?

If you’ve been following the development of voice recognition technology and the release of smart home devices like the Amazon Echo and Google Home, you probably were wondering when Apple was going to enter the ring with a competitive product. After all, the first Echo was released back in 2014.

As of February 2018, Apple has finally debuted the Apple HomePod. The name itself builds off of the Apple iPod concept, so it should come as no surprise that the HomePod is, at this point, primarily a wireless speaker for Apple Music subscribers. It has 360-degree high-quality sound and doesn’t have many additional features. The Apple HomePod can only improve throughout 2018, with users already asking for better accessibility and additional voice control features to make Siri more competitive with Alexa.

Those new AirPods—the wireless ear buds that work via Bluetooth connectivity and are a must-have for the audio jack-less iPhone 8 and X—are rumored to have improved functionality and be available in new colors, but Apple has not released official information about what consumers can expect from the next generation at this time.

Of course, Apple has plans to continue to update other products, such as releasing a low-cost iPad, an iPad Pro, new Apple Watches, an improved iMac Pro, an iOS 12, and more. What are you looking forward to the most? Comment below!