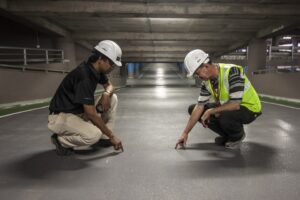 If you are in the business of building homes for people looking to live in their dream house, you may have noticed an interesting change taking place. The so-called “millennials” are reaching the age where they are setting out on their own dream of home ownership, and it occasionally looks much different than the dreams of their grandparents, parents, and even older siblings. It is in this environment that tiny houses have flourished, as people look to spend their money and time elsewhere than in sinking it all into one gigantic abode. The tiny house is the epitome of a minimalist ethos, and that ethos is inevitably manifesting itself in the desires and needs of those who are seeking out traditional homes as well.

You can’t simply stick your head in the sand and go about the business of building homes as if nothing has changed. If you do, you run the risk of competitors filling in the niche that you are intentionally neglecting. That is not to say that a more traditional-sized home, equipped with the finest windows and doors, is going the way of the dinosaur. It is just that the same thinking that inspired the tiny house revolution is also filtering its way into those who want homes of a more typical size. Here are some of the lessons you should take from it.

Many architects and home-builders give lip service to this, but they still get carried away with promising large-scale projects to new homeowners, which inevitably add-on costs. Part of the reasons that tiny houses have taken off like they have is because young people are wary of being buried under a large mortgage. Any home builder who is tacking on expenses left and right is going to be met with extreme skepticism.

Those living in a tiny house often find unique ways of creating storage where there is seemingly no room available. That kind of cleverness can certainly work in a traditional home design. If nothing else, the space that is saved by the home builder might attract buyers who are looking to create the illusion of more space without adding costly square footage.

Rooms and spaces that can serve different purposes are hallmarks of tiny houses. As a result, the idea of dedicating a space for a home office or a gym might seem a little antiquated to the modern homeowner. Look for ways to combine, allowing utility and practicality to coexist.

Tiny houses are often notable for the way they incorporate far-our designs and color schemes. If you had a theoretical rule book that you used when designing and building homes for clients in the past, it might be time to throw it out, or at least update it, for a new breed of client that prizes individuality over conformity.

These are just some of the ideas sourced from tiny houses that will work in houses of any size. After all, the size of the home doesn’t matter half as much as the ingenuity behind building it.

Why Your Business Should Always Use Closed Captioning in its Videos

5 Car Maintenance Tips When You Own A Used Car