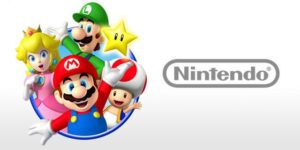 If I remember reading or hearing correctly, when Atari was at the peak of their power in the eighties, there were plans for an Atari theme park, which of course never came to pass, but some theme park rides based on games aren’t such a bad idea.

Now The Hollywood Reporter tells us Nintendo will be working with Universal to bring game themed attractions to the park. The big franchises that will come to the park are easy to guess, they’ll include Super Mario Bros and Legend of Zelda.

The Reporter tells us Nintendo will make more details known soon, but anticipation is really building at Universal Studios Japan, the country of origin for Nintendo, and we have the feeling it will do well here as well.

Nintendo has also had its first year of profit since 2011, showing that the company is indeed coming back strong, and we think Nintendo theme park attractions are an idea that’s long overdue.