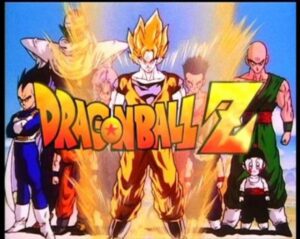 I didn’t know about the whole Dragon Ball phenomenon until I learned about it from my young cousins. It was a sign they were growing up fast. They’d ditched Barney, and thought Dragon Ball Z was the coolest thing in the world.

Now the anime classic is coming back, and according to Variety, this is the first time in eighteen years the legendary company Toei Animation is making a new Dragon Ball series. The latest one is called Dragon Ball Super.

According to this report, Dragon Ball Super will hit Japanese TV this July. A little history for those unfamiliar with the phenomenon, myself included, it was a manga that originated in 1984, and it’s a huge global brand that has played in over seventy countries, not to mention it’s sold over 230 million comics.

While Dragon Ball has been absent from the small screen, there was recently a major motion picture, Dragon Ball Z: Resurrection F, which was a big hit. As an exec involved in the new series promises, there’s “a plot that’s not only a dream come true for Dragon Ball’s millions of fans, but [also] one that will foster in a new generation of viewers.”

Upgrade your existing hardware and save money