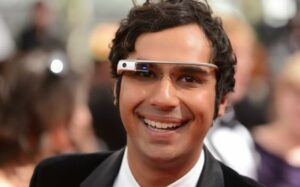 Google Glass was hyped up as being this great new innovation, but then it seemed like all of the sudden we didn’t hear anything about it. Were we listening to the wrong people, or did interest in pop culture just die out?

Well Vanity Fair tells us that Google Glass may indeed be yesterday’s news, and as a Google exec explained, the company jumped the gun on marketing, hyping the product before it was ready. Apparently what we saw was more of a prototype than the finished thing.

As Astro Teller, who ran Google’s experiment lab, told The Verge, “We did things which encouraged people to think of this as a finished product.

“Wearables is tough,” he continued. “There’s no point in having [Google Glass] be on your body unless you can give people something they really couldn’t get otherwise.”

So can the technology developed for Google Glass be used in other ways down the road? Can Google Glass find its time and place somewhere else down the road? Only time will tell, but sheesh, it seemed like only yesterday that Google Glass was being hyped as the next big thing since sliced bread, only to disappear faster than a sneeze.

ID4 2 Will Have a Gay Couple