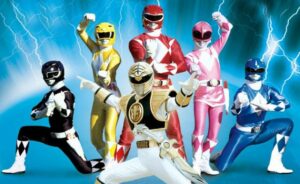 Fan films are popping up on the net all the time. They probably first started getting attention with Max Landis’s Death of Superman parody, and while there’s potential legal problems in making a short fan film, you’d hope that the powers that be will see this stuff is in the right spirit.

Except now the new Power Rangers fan short may be headed for a legal battle. It was produced by Adi Shankar, who also created the recent Judge Dredd fan web series, Super Fiend. Shankar’s heart is definitely in the right place, he’s a true fan, but that’s certainly not going to stop someone from suing.

This bootleg stars James Van Der Beek, and has gotten over a million views on YouTube already. While we can understand people getting upset about their copyrights, Kahn has tweeted that he’s making no money from his, and he won’t take any. This is being done by a fan for a fan, and we hope that Saban will come around and realize that a fan made film can probably only help the cause, and create more Power Rangers excitement when the big screen version is ready. (It’s reportedly in the works for a 2016 release.)

Avengers Age of Ultron: The Falcon May Be In

Guitar Hero May Make a Comeback