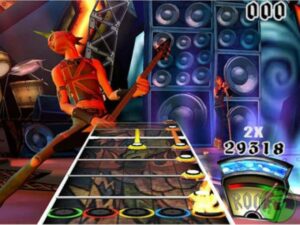 We at TG really lament the end of music games. Guitar Hero became a big phenomenon in its time, and we were thrilled that it was making money for musicians, proving that video games was one way people couldn’t freeload music and screw people out of royalties.

We just ran a report that Rock Band may be coming back, and now there’s a report on Cinema Blend that the next installment of Guitar Hero will be announced at the E3 convention this year.

As Cinema Blend points out, this could be like a classic rock band’s reunion, and if The Eagles and Van Halen can come back from the dead, so can a video game, right? Rumor has it a new model of the game could be in the works, and it would possibly launch, like a lot of games these days, on PlayStation 4 and Xbox One.

The Power Rangers Bootleg Movie and the Legalities of Fandom