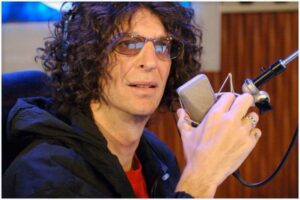 It was just about four years ago that Howard Stern signed a new deal with Sirius, but he warned his staff to make sure they have a plan for the future, because he wasn’t going to be doing radio when the contract finally runs out.

So now speculation is going around about whether Howard will finally ease into retirement, or if he’ll keep going. The Hollywood Reporter tells us that SiriusXM has had a lot of subscriber growth in the last year, and David Frear, the CFO of Sirius said, “There is nobody like him. There is never going to be anybody like him again. And so, as long as he wants to continue his show, we would love to have his show.”

This means negotiations would have to happen this year if Howard’s going to stick around, and you know he’ll be talking about it a lot on the air. Frear told the Reporter, “Quite honestly, the best way to know what’s going on is by listening to the show.”

As long time Howard fans, we’d love for him to go forever, but we all know that every ride has to end, and if Howard’s gotta leave, he’s gotta leave. We’d be disappointed for sure, but he’s given us so much laughter over the years, we’ll be grateful for the good times while they lasted.

How HP’s Turnaround Got Derailed

Set Your Calendar For Daredevil’s Debut