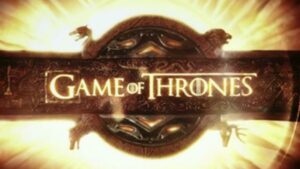 Many have been sick and tired of the 3D trend, and it’s pretty much been replaced by Imax, which has been doing very well for years now. Now Game of Thrones is going to be playing in Imax.

This isn’t the first time a TV show has played on the big screen, episodes of the Twilight Zone have played theatrically as well, and they supposedly look fantastic because they were shot on film. But the thought of Thrones in Imax is irresistible, especially the battle scenes.

Gizmodo tells us that Thrones will be hitting Imax screens from January 23 to the 29th on 150 Imax screens in America. Normally you would think, Who on earth would pay to see a TV show in a theater? But again, The Twilight Zone did it successfully, and Thrones on an enormous screen could indeed be an incredible experience.

Entertainment Weekly also tells us that when you see Thrones in Imax, it will have the trailer for Season Five. This is reportedly the first time a TV show will be screened in Imax, and we can’t think of a better show to debut in this format.

Dr. Who Hits a New High