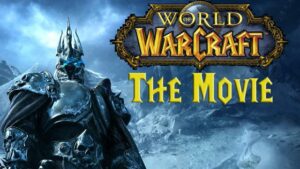 We’ve said this many times here on TG, but we’re very excited about the movie Warcraft, which is coming to theaters in 2016. It was originally going to come out on December 18 of this year, but a little movie called Star Wars The Force Unleashed took up the date.

Warcraft is now coming out on March 11, 2016, and it is currently going through a lengthy post-production process. Collider reports that Warcraft will be an origin story, and it will be much more ambiguous than the usual action / adventure movie.

Jones told the site, “A Warcraft film should not be about a good race of humans battling an evil race of orcs. Warcraft should be about heroes on both sides trying to avoid a conflict, when villains leave them no choice.”

For those who don’t know about the Warcraft game, the term orcs may ring a bell because there were Orcs in Lord of the Rings, and speaking of LOTR, Jones hopes Warcraft can become a franchise as well. “Peter Jackson did a magnificent job of ‘setting the table’ for Tolkien’s universe with his first Lord of the Rings film. I know that my job in this first film is to establish certain characters, places and culture while telling a story that a broad audience can be excited by. Hopefully, if I have done my job right, people will want to know and see more.”

We’re hoping too, because a genuinely good video game adaptation would be a very welcome change of pace.

Game of Thrones to Play in Imax