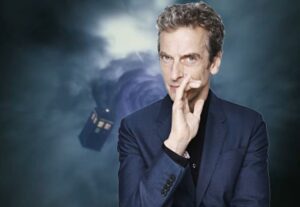 Replacing an actor in a major role is a lot like replacing the lead singer in a band. Very few of these transplants actually work out, although there’s certainly been exceptions. With Dr. Who, the fans are used to a number of actors playing the role over the show’s history, and now the first season with Peter Capaldi has apparently done very well in the ratings.

The Wrap tells us that with Peter Capaldi in the lead, Doctor Who has had its biggest season on BBC America, averaging 2.035 viewers per show. We should mention this is over three day periods where ratings points build up from viewers watching the show later on TiVo. (This is called Live +3 ratings.)

The Wrap reports that the Doctor Who Last Christmas special also did very well in the ratings, bringing in 2.3 million viewers on Christmas Day, which grew to 2.6 million viewers in Live + 3. This was an even bigger ratings winner than the Christmas Special where Matt Smith played the good Doctor.

So we’re not surprised to see Doctor Who’s still going strong, it’s one of those great geek shows with a very loyal following that will live on for a long time to come, much like Star Trek. (It’s also funny to think that Doctor Who is already over fifty, where Trek is still a year away from its fifth decade.)

Agent Carver Could Be a Triumph For Female Superheroes

Game of Thrones to Play in Imax