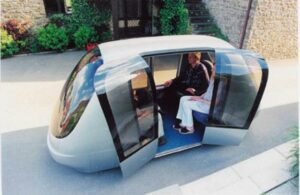 Personally, I love the idea of self-driving cars. It would be the closest thing we could afford to limo service, because I’d rather have someone else driving me around, someone who knows how to avoid traffic too.

There of course could be a number of problems that could come with self-driving cars as well, and with any new solution there’s often a lot of unique problems that can come from it. But we definitely welcome self-driving cars, and hope they can live up to this report that they could revolutionize the world and potentially save the economy a ton of dough.

The Original Vision of Lord of the Rings

What if Your Windshield Was Made of Gorilla Glass? The Beginning of the Glass Age