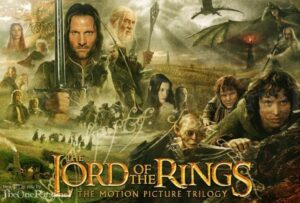 Peter Jackson was the best possible filmmaker who could have made the Lord of the Rings movies, even though many people in the States didn’t know who he was at the time. It also would have been amazing to see what John Boorman would have done with it.

Boorman is the director of Point Blank, one of the best sixties crime films, as well as Hell in the Pacific, Deliverance, and Excalibur, among other films. He also almost made Lord of the Rings back in the early seventies, and there was even a point that Rings was going to be a musical with The Beatles, a la Yellow Submarine.

Boorman told Vulture he spent months breaking down the film with his regular screenwriting partner Rospo Pallenberg, who he also collaborated with on Excalibur and Exorcist II. “There was no point in writing stuff that we couldn’t make, so I had to devise special effects that would work. I spent a lot of time researching special-effects methods…this was before CGI, of course. And all that effort went into Excalibur. All the effects for Excalibur were doine in-camera.”

While Boorman was disappointed his vision of Rings didn’t get made, he adds, “Had I made the film at that time, Peter Jackson couldn’t have made his trilogy, which is an astonishing piece of work. I think it’s one of the great artworks of the 20th century.”

It would have been fascinating to see what Boorman could have done with Lord of the Rings, especially if it looked anything like Excalibur. Good or bad, it wouldn’t have been indifferent, and he would have been a fine choice to adapt it.

Are You Ready For Self-Driving Cars?