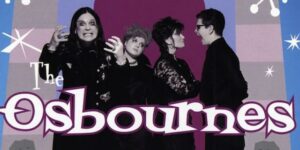 We just reported that The Osbournes is coming back, and the first time around the show was around, it was a one joke idea that got old in a hurry. (Watching Ozzy bumbling around making a fool of himself also got sad in a hurry too.) Not only are the Obsournes returning for 13 episodes, but so is Lifestyles of the Rich and Famous and Are You Smarter Than a Fifth Grader.

The Hollywood Reporter tells us, “As networks struggle to find the next breakout reality format, they’re turning to familiar oldies.” And we’re hoping this report means that reality TV may finally, for the most part, thankfully be over.

If reality TV shows are being rebooted, it could be the signal that TV’s out of ideas, but thankfully there’s a lot of great TV out there these days. It could mean, however, that reality TV may finally be out of ideas, and frankly we’re glad, because for a while it looked like it wasn’t going to go away, no matter how insufferable.

Should we rewrite the Bill of Rights?