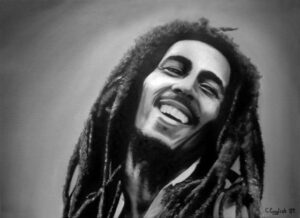 We lost Bob Marley in 1981, but his music and memory still live on. And now his image may be used to sell, you guessed it, marijuana.

The Daily Beast tells us that Marley’s face could be used on what’s being called “the first global marijuana brand.” The brand will be called Marley Natural, and it’s being described as “a premium cannabis brand rooted in the life and legacy” of Bob.

The owner of Marley Natural said in a statement, “Bob Marley started to push for legalization more than 50 years ago. We’re going to help him finish it.” Marley’s daughter also said, “It just seems natural that Daddy should be part of this conversation. As Daddy would say, ‘Make way for the positive day.’”

Other than Cheech and Chong, who would be better to represent legal marijuana than Marley? It’s too bad he’s not here to do commercials and ads for it, which would have been highly amusing, but wherever he is, the fact that many will be thinking of him as they light up has to be a very satisfying development.