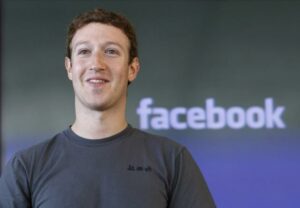 Whenever a movie about real life people and events is made, it can’t always capture the exact truth, but the question should always be does it capture the larger truth or not? Did it come close, or did it miss by a wide mile?

Well, the folks behind Facebook weren’t happy with the David Fincher film The Social Network, and Mark Zuckerberg told the Daily Mail, the film was “hurtful” to him. “They just kind of made up a bunch of stuff,” he said.

Zuckerberg added, “I haven’t spent a lot of time thinking about that movie in a while. I kinda blocked that one out. It was a very interesting experience to watch a movie that was supposedly about my life…supposedly. I think the reality is that writing code and building a product and then building a company actually is not a glamorous enough thing to make a movie about. So you can imagine that a lot of the stuff they probably had to embellish and make up.”

Yet Zuckerberg also said, “If they were really making a movie, it would have been of me, sitting at a computer coding for two hours straight, which probably would have just not been that good of a movie,” which is certainly true. Again, does a movie capture the greater truth of what happened or not? Does a movie ring true, even if you don’t know about the company, or not?

Perhaps Zuckerberg wasn’t thrilled with how the Social Network portrayed him, and many often aren’t happy with how they are captured by someone else in articles, movies and books. He’s certainly got enough money to fund a movie where he’s sitting at his computer, creating codes for two hours if he wishes, though we doubt that would be a big hit at the box office.

Can the Next Dumb and Dumber Fly?