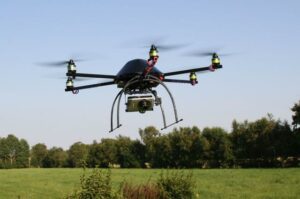 We’re reading a lot about drones in the news, and not only is there talk that Amazon will deliver books with drones, but there may also be Bat-drones in Batman Vs. Superman.

Another Push For an Oscar For Andy Serkis