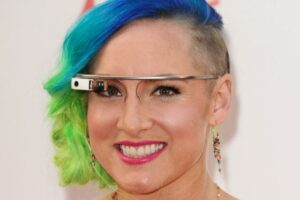 While we’re not sure that Google Glass has really taken off yet, we now know one thing, they’re not allowed in the movie theaters.

Similar to the ban on texting, Variety reports that the MPAA and the National Association of Theater Owners (NATO) have joined forces to ban Google Glass at the movies. The primary reason? Anti-piracy.

This anti-Google Glass initiative came about when a moviegoer was accused of trying to film Jack Ryan: Shadow Recruit in Ohio. Both the MPAA and NATO said in a statement, “As part of our continued efforts to ensure movies are not recorded in theaters, we maintain a zero-tolerance policy toward using any recording device while movies are being shown. As has been our long-standing policy, all phones must be silenced and other recording devices, must be turned off and put away at show time.”

While I have yet to see anyone wearing Google Glass on the streets, let alone at the movies, we don’t think it’s so widespread that it will be that enforced. Frankly, we weren’t even aware that you could record movies with them, and we’re curious what the quality would be, same with filming a concert. (Any postings on YouTube yet?)

The Avengers Are Loved World-Wide