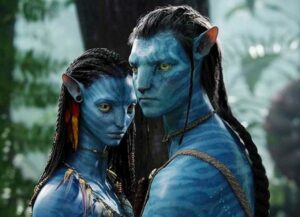 We just reported that the budget for the Hobbit films has reached over $700 million, which is an extraordinary amount, and we’re willing to bet the Avatar sequels will break the bank as well.

As the Hollywood Reporter tells us, James Cameron just spoke at a Wall Street Journal conference, where he stated, “Obviously, they’re expensive films,” but there will be “economies of scale” by shooting three movies in a row. “We’ll literally capture the actors all at the same time, we’ll do all the live photography all at the same time, it’s sort of like shooting a miniseries.

“So theoretically, that’s a good way to damp the costs down hopefully well below what the first film cost,’ which was reportedly over $200 million. Cameron did make a comment to the effect of how the films should cost under a billion, but we assume he’s joking, right?

The first Avatar sequel will be in theaters December 2016, followed by another sequel each subsequent December.