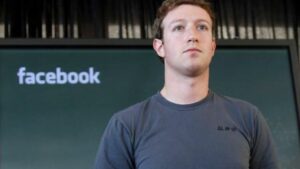 Mark Zuckerberg has more money than he knows what to do with, that’s a given. But now he’s putting his money towards a very good cause, fighting the ebola virus.

Seems like every time you turn on the news or go on the net you’re hearing or reading about the ebola virus, and it’s definitely scary stuff, especially when you see people being quarantined.

Zuckerberg made a statement on, you guessed it, his Facebook page, saying, “The Ebola epidemic is at a critical turning point. It has infected 8,400 people so far, but it is spreading very quickly and projections suggest it could infect 1 million people or more over the next several months if not addressed. We need to get Ebola under control in the near term so that it doesn’t spread further and become a long-term global health crisis that we end up fighting for decades at large scale, like HIV or polio.”

The money Zuckerman is donating will go to the U.S. Centers for Disease Control and Prevention. As the Hollywood Reporter tells us, Zuckerman is upping the ante from Paul Allen, who gave $9 million to fight the disease.

Gillian Anderson Wants In on Ghostbusters 3