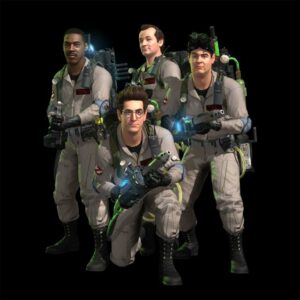 You gotta admire Dan Aykroyd. He really wants a Ghostbsuters 3 to happen, and he’s been doing everything in his power to try and make it so.

Well, maybe now things will finally reach the screen, because director Paul Feig has tweeted that a third Ghostbusters, with a female cast no less, will be his next film. There’s no word on a cast just yet, but the morning before Feig broke the news, there was a report that Katie Dippold (The Heat) would be working on the script, which was obviously an omen of things to come.

As with practically any big Hollywood movie, Ghostbusters 3 has gone through a number of script revisions. This isn’t unusual, because the first Ghostbusters started as an overlong treatment that got hammered into fighting shape with the help of Harold Ramis and Ivan Reitman. (Max Landis, writer of Chronicle and son of Animal House creator John Landis, has also taken a pass at the screenplay as well.)

Often times writers will suggest trying the opposite when something isn’t working out on the page, and perhaps making the third Ghostbusters a female comedy is just what was needed to finally break the logjam. Things still have a ways to go before Ghostbusters 3 is officially rolling, but there’s no question this is big news for ‘Busters fans everywhere.

The Darkness of Gone Girl