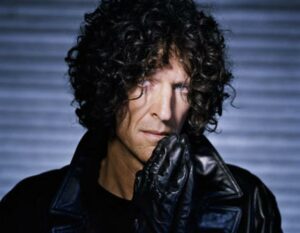 It has to be a rollercoaster time for Howard Stern these days. He lost one of his beloved Wack Packers, Eric the Midget, and on the other end of the spectrum, he also just lost one of his worst enemies, Kevin Metheny, the man he referred to as Pig Vomit and Pig Virus.

As the Hollywood Reporter tells us, Metheny has died at the age of sixty from a heart attack. (Considering they haven’t worked together in many years, we doubt it was Stern related.) He was hilariously played by Paul Giamatti in Private Parts, and as Metheny said, “This isn’t the way I’d prefer to be known, you just have to roll with it…Howard is an entertainer and this was part of his material.”

Despite his clashes with the king of all media, Metheny had a lengthy, four decade plus career in radio all over the United States and his current colleagues called him “a legendary broadcaster” in a statement.

Where a lot of Stern enemies went down in flames, or at least that was Howard’s goal, Metheny managed to survive and thrive after butting heads with Howard. Maybe Howard even misses him on some level, because like every superhero needs a supervillain to fight, and there is no life without death, people like Metheny are the fuel that makes Howie run. Yes, he’s mellowed with age, but we’re curious to hear what Howard has to say about Metheny’s passing once he’s back on the air again.