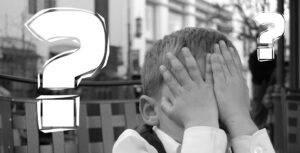 Computer systems are highly effective work helpers. They help us in our daily activities, whether work-related or for relaxation and leisure purposes and over the years, they’ve become invaluable parts of our lives. The efficiency of a fresh and good-to-go computer system is a joy to watch; they perform tasks with such ease, you’ll feel like the whole thing should continue in that way. However, the situation isn’t always so. Over the course of its usefulness, a computer system gradually drops in work rate and efficiency, although in most cases, the drop is so glacial, the owner hardly takes notice until the situation becomes too obvious. A lot of computer issues are only due to depreciation. However, some of these issues are as a result of errors on the part of users. These errors, whether caused intentionally or unknowingly, can go a long way in damaging the system and affect its functionality. We’ve compiled a list of computer errors that cause systems to begin to lag and quick fixes to them.

For those who use their computer systems for work and other official reasons, this problem can be very frustrating indeed. At a certain point in a computer’s functional lifetime, you might notice that the browser begins to slow down and occasionally, it might freeze. To fix this problem, you can try refreshing the entire system or check that no torrents or tabs are opening in the background. The latter is a much more lasting solution as most of the time, the lagging browser could be as a result of tabs that open suddenly and link you to ads or viruses.

This problem is faced by every single computer. It occurs when the CPU is highly overloaded and can’t execute programs at faster rates. To safeguard yourself against this, you could stop the running of some programs for a while so that the CPU is able to catch up with programs it’s executing. If you’re using a system that runs on Windows, you could also try a WMI host. WMI Provider Host is a Windows Process which tries to manage CPU processes on Windows computer systems.

Admittedly, overheating is a problem that occurs in mainly older laptops and computers. However,if a newer computer’sback casing doesn’t have a sufficient cooling system, then the computer’s components may start to emit an enormous amount of heat during its operation, especially when it operates for an extended period of time. To stop your computer from burning out, once you notice that it’s getting hot,just turn it off for a while and let it rest. Additionally, you can check the fan in the case to make sure it’s working properly.However, when doing this, you should be careful so as not to damage any internal parts.

When your computer screen freezes, you may have no other option than to reboot and risk losing any unsaved work and files. Freezes are usually a sign of insufficient space on your RAM, registry conflicts, corrupt or damaged program files, or malicious spyware. To fix this, manually turn it off by pressing and holding the power button until the computer turns off. After this, restart it and immediately get to work deleting useless files and cleaning up the system so that it doesn’t freeze again.

This is another issue that greatly affects people who use their computers mainly for work. This problem could be as a direct consequence of a slew of Windows Updates that require system reboots to stabilize.If this is the case, just turn off the computer and put it back on after a while. The issue should be cleared after doing this. Another cause might be a mechanical issue. If your computer is making funny sounds or easily overheating, there are two fixes for this. If your computer is old, you could try opening it up and cleaning the dust that might have accumulated inside it. Again, you have to be careful when doing this and follow the cleanup guide in your user manual. If the computer is new, however, it might be a virus infection. It is generally advisable to install a working antivirus once you get a system as it has the potential of saving you from this entire stress.

Your computer’s software might begin to act up; shutting down abruptly, freezing, lagging uncontrollably, etc. If this happens, you can simply use your antivirus (you should have that already) to run a full scan of the system.

Sometimes, a computer, after being shut down (or after getting its battery drained), won’t come back up. A computer that suffers this fault most probably has a failing power supply. To solve this, you can check that the computer is plugged in properly and that the connection is uninterrupted. If the problem still persists, you might have to make a few changes. It is advisable to take the computer to a reputable technician around you to fix this.

If pop-up ads are regularly appearing on your screen while surfing the web, it could be due to you unknowingly installing adware; a program that generates ads on your web browser. The first step to eradicating this problem is to run an antivirus scan on your computer to detect the presence of adware. If this fails, try installing a working anti-malware to fish out any ad-generating software on your computer.

Wireless connections can at times be very tricky. If your Wi-Fi keeps getting disconnected from a server, there are a few steps you can try. First, make sure that your computer is within the range of the wireless LAN. Farther distances axiomatically lead to weaker signals and sometimes, disconnections. You could also try an investigation to find out if your computer’s wireless card is equipped with the latest drivers. Outdated drivers will have difficulties with connecting to frequently-updated wireless networks.

Your printer might not print due to a number of reasons; it could have a long queue to satisfy and its drivers might be outdated, among many other reasons. However, assuming that none of these is the reason, here are a few solutions. You can turn the printer off and on again, causing it to wipe and refresh. You could also examine the printer’s queue. The queue shows the condition of each of the printer’s tasks and the general status of the printer itself. You could also make sure that the ‘Use Printer Offline’ option isn’t checked. Sometimes, printing while your printer is turned off can cause Windows to set your printer’s default to work offline, and that I turn can stall jobs that are sent later.