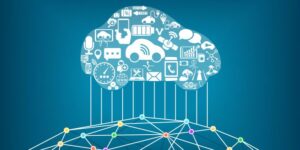 Are you familiar with ODB-II? It’s a feature in all cars made after 1996. ODB stands for onboard diagnostics. It’s where your mechanic plugs in a reader to see what the error code is that is making the check engine light turn on. But this port is now being used for new purposes, like the installation of telematic devices.

Telematic devices are devices that merge telecommunications and infomatics into one device. A simple example is the OnStar system. When a user contacts OnStar, the company also gets information about the vehicle’s location, security state, and much more. The operator then uses that information to assist with the problem the user has.

These have the potential to revolutionize many industries, but there have some serious privacy concerns surrounding them. The insurance industry is making some serious inquiries into the use of these devices as part of their programs. One such device is called Snapshot. What users have discovered about this device points to potential future dangers.

What Does It Do?

Snapshot is a telematic device offered by Progressive. The deal goes like this. You agree to have the device installed in your car for at least a month. The device sends back information to the insurance companies about your driving patterns. If you are shown to be a “good driver”, you receive a discount on your auto insurance. To help train you to be a better driver, the device will beep every time you do an unsafe driving activity.

It sounds like a win all around. Progressive gets driver data so they can improve the pricing of their product. The driver gets an overall discount and could learn some better driving habits in the process. But it’s not as innocent as it first appears. These devices are essentially miniature cell phones that can access all of the data that your car produces. While companies are only tracking certain pieces of that data now, there’s nothing to say in the future that they can’t grab more.

Progressive also seems to be very cagey about spilling the full details about the program to anyone who isn’t enrolled. As part of the program, you agree that Progressive can use all of the info they collect in claim disputes. This worries privacy advocates because we don’t know who can access that information or even what they have access to.

Finally, the discounts don’t seem to be as large as advertised. As the post in the previous link points out, many people discovered that premium hikes after the fact canceled out most or all of the discount they received. This raises the question of whether the insurance companies really want to reward good drivers after all.

There are questions about how this information could be used. For instance, could it be used against you by the insurance company or by a personal injury lawyer as evidence in a case? Could it be shared with other companies, or used to raise your rates in the future? Insurance companies have promised that telematic data won’t be used to increase rates but that could change in the future. Same with what data they decide to collect.

General data privacy is also a concern. Just how much of the daily data we generate, known and unknown, do we want to share with others? Should companies have a right to that data? What if car manufacturers were required to put in telematic devices into cars that could act like the black boxes used in airplane crashes to tell what happened? These and similar questions must be addressed before a wide-scale adoption could be trusted by the public. Some people do not want to have their data tracked on principle regardless of how safe or unsafe they are on the roads.

One thing that we can be sure of is if these devices do help insurance companies price their products more competitively, then more pressure will be placed on customers to install the devices. If you would like to experiment with telematics without tying it to a particular company, there are safe driving smartphone applications that will read your driving behavior and rate it. Yes, smartphones are also telematic devices.

Creating the Perfect Tech Den in Your Home

The Top Reasons Why More Companies are Recording their Business Meetings