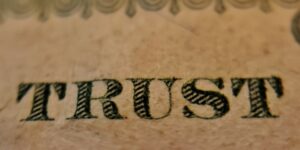 This week, Intel had its Architecture Day event. They came out swinging, promising significant performance increases in their CPU and GPU architectures and a very high synergy with Windows 11.  But, Intel has been coasting for much of the last two decades, and, as a result, neither developers nor OEMs trust the company to execute.

This image problem suggests Intel has significant brand damage and trust issues, which could significantly damage their ability to get the necessary developers on board to make these aggressive efforts successful.  Even if Intel does execute, if the market isn’t ready for the new parts, they won’t rise to their potential, and Intel could end up in worse shape than it is now.

However, Intel’s CEO is Pat Gelsinger, who has developed a reputation for not over-promising and making sure what is promised gets done.  Therefore, Pat’s brand may have more to do with Intel’s eventual success than Intel’s brand does.

The Power Of Trust

Trust is significant when you are selling a new product to a buyer because if they don’t trust you, they won’t line up to be the first to get the product and will instead wait for someone they trust to deploy and validate it.  This situation creates a cart and horse problem where no one wants to buy the offering before it is validated, and no one will validate a product they haven’t purchased.

A personal brand was one of the first things Steve Jobs did at Apple, and Louis Gerstner did at IBM; they put their brands on the line for execution.  Both Apple and IBM failed because buyers didn’t trust them, but they trusted Steve Jobs and believed in Louis Gerstner, who had executed well at Nabisco.

Both Steve and Louis rolled substantial marketing campaigns to restore the Apple and IBM brands. Still, until they could demonstrate that their respective companies could execute again, both effectively used the trust buyers had in their brands to get investors and customers buying from their firms again and help capture the interest and support of developers.

Arguably Gelsinger has a stronger personal brand than Jobs or Gerstner had.  Jobs had a reputation of not only over-promising but of faking results that detracted from his brand image significantly.  Gerstner had no technology experience or background, making his representations less potent than they otherwise would have been. Both men relied heavily on their massively increased marketing budgets to convince people to trust their firms.

On the other hand, Gelsinger is considered to have extremely high integrity and has a history of not overpromising and delivering on time against the promises he has made.  He is also considered an engineer’s engineer. He is far more technically competent than Jobs, who dropped out of college, and Gerstner’s background was more marketing and operations than technology.

While Intel hasn’t ramped a marketing effort in line with either Apple or IBM’s, nor are they likely to, given they are parts, not a solutions company, Gelsinger’s far stronger personal brand has the potential to overcome this shortcoming.

Thanks mainly to Pat’s time at VMware, the developer community well regard him, and he has long storied and largely favorable relationships and reputation with the OEMs.  People trust that he does what he says he will do, which should help Intel acquire the OEMs and developers the company needs to get this next-generation product done.

Intel has lost a lot of market confidence and trust over the last two decades, and its brand is badly tarnished as a result.   That kind of brand damage can be a company killer and, if it isn’t corrected, Intel will not retain market dominance and may not even exist as an independent company in a few years.   However, Pat Gelsinger’s brand remains strong, and the critical players trust him to do what he says, which is critical to the success of any new product or architecture.

Right now, Gelsinger’s brand is just what Intel needs to convince the market to support their aggressive technology improvements because, regardless of how they think of Intel, a critical mass of developers and customers trust Pat and, assuming he executes (which is expected), Intel should return more powerful than ever all thanks, not to the power of Intel, but the power of trust in Pat Gelsinger.

Tesla will launch humanoid robot for ‘boring, repetitive and dangerous’ work next year