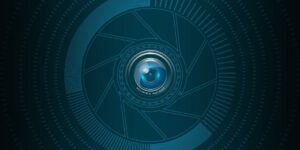 Qualcomm has been talking about the “Connected Intelligent Edge” for some time and, like a lot of you, I’ve been struggling with why I should care. Then the other day I watched a troubling video and suddenly got why the Connected Intelligent Edge is so important. No, the word ‘important’ isn’t strong enough. It should be ‘critical’ to our mutual health and well-being.

Let’s talk about why the Connected Intelligent Edge could be a huge game-changer for our futures.

The video I was watching was on a news program and it showed a young autistic child who was around four years old. The child was unsupervised and ran across the yard and into his parents’ pool. There was no fear since his parents likely had taught him that the pool was fun and nothing to fear because he was used to having a life jacket on. He nearly drowned. The security camera caught the whole event and, had the child died, it would have highlighted that the child was inadequately secured and protected, and the parents would have a video record of an event that would torture them for the rest of their lives. Fortunately, that was not the case because a neighbor heard the splash and looked over to see the drowning child, jumped over the fence, and got ahold of the father who saved the child.

I have smart cameras at my house, rudimentary Connected Intelligent Edge stuff, and I get a notification on my Smartwatch and Smartphone whenever the camera sees a human. It sends an alert along with a snapshot of the person and allows me to click and then see a short video clip of what is going on. That same feature on that child’s parents’ security camera would have alerted them of the problem with enough time to save their child.

What’s the value of that? Having a camera without that capability seems like a waste of money now. Worse, it might just show me things I would have liked to have prevented but now can only deal with after the fact.

As an older person, I can imagine falling and being fatally injured. With current technology, my wife would have a record of how that happened which would prevent blame, but if it had alerted her, she might have been able to save my life. To me, that is a far better outcome.

Other Connected Intelligent Edge examples are security cameras that alert if they see guns (say at schools or celebrations) so response can begin before someone gets shot.

Why Intelligent Edge vs. Smart Cloud

Now you could do the same thing with a dumb camera and a cloud service that would analyze the video stream and alert you to the danger. But high-definition streams take a lot of bandwidth and potentially introduce latency. If the cloud server is experiencing a lot of traffic, the alert you are depending on may be delayed seconds to minutes. If we’re talking about a child in a pool or an adult who has been badly injured, that time could mean the difference between no lasting injury and something far more serious.

By putting at least some of the intelligence at the edge, you lower the load on cloud services, potentially providing both a less expensive and faster result. And while I’d like to say that for things like this, price shouldn’t matter, the fact is it does. If the service is too expensive you are less likely to buy and use it and forego preventing the dire outcomes I’ve discussed.

Wrapping up: Why the Connected Intelligent Edge is important

The Connected Intelligent Edge is important because it best optimizes the relationship between the relatively costly cloud resources and increasingly congested networks and the end devices feeding the related services. The result isn’t something that is better, faster, or cheaper, it is potentially better, faster, and cheaper. It is rare you get all three benefits in any single solution but that is what the Connected Intelligent Edge that Qualcomm is promoting potentially promises.